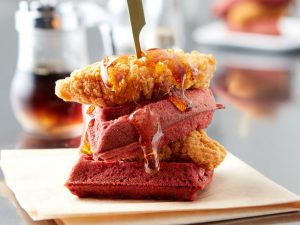 Part cooking class, part sit down brunch! Come in with your love and celebrate Valentine’s day with an amazing brunch experience! Allen will teach you how to do one small plate and then you will sit down to a 2- course brunch prepared by Allen and served by our staff!

BANANAS FOSTER PUFF PASTRIES MADE BY YOU– Allen will teach you how to make some bananas foster awesomeness to start.